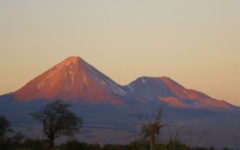 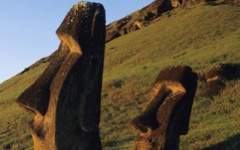 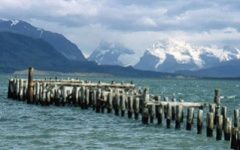 It is very difficult to definitively say the best time to visit Chile due to its large geographic scale and shape. The seasons in South America are the reverse to Europe and there are seven main climate pockets which exist ranging from desert in the North to glaciers and alpine grassland in the South. The central part of the country is temperate and Mediterranean, whilst Easter Island offers subtropical humidity. Santiago is good all year round but at its best in the summer when less busy. As a general rule however, the seasons run as follows: Summer (December to February), Autumn (March to May), Winter (June to August) and Spring (September to November).

Expect the months of January and February to be the most happening with a range of events throughout the country centred around food, music, dance and culture such as Semana Ancuditana in Chiloe and Ancud in the month of January.

Officially the driest desert on the planet, Atacama is an all year-round destination. Summer days definitely get sizzling hot whilst nights keep a constant low temperature due to the altitudes. The Altiplanic winter consists of afternoon downpours with plenty of electrical storms.

Summer (December to March) is the most popular time for tourism (high season) in the island and the archipelago. Outside this season, it gets cooler and quieter although like the North of Chile, this area remains temperate. We recommend the month of March as perhaps the best time of the year to go when the crowds ease off.

It’s important to bear in mind that the further South you go, the more extreme the weather conditions become with strong, persistent winds being more prominent from December to January. Some areas become totally inaccessible especially in autumn and winter months. Going in shoulder season, March and April, can be just fine. Winter (June to August) is best avoided as temperatures dip to as much as -15C/5F and some parts see snowfalls. The summer attracts the biggest crowds although visiting in Spring and Autumn is also ideal.

This part of Chile experiences all four seasons and is best visited in summer (December through March). Winters can be very wet as well as cold, although you can expect some rain and overcast days in summer too. The actual park is open all year round however, it is wise to limit your visit to the months of October-April (Spring & Summer). During this time you can expect up to 16 hours of daylight thanks to its geographical location.

Unlike Buenos Aires, the most pleasant time to head to Chile’s capital city is in summer as the locals leave town, hotel rates drop together with pollution levels! The climate in general here is Mediterranean with temperatures ranging between 0-13C/30-50F in winter and 16-35C/60-90F in summer. The region is accessible in any season really, with its vineyards attracting visitors all year round. In Spring, the region becomes beautifully green, whilst summers are very pleasant with 12 hours of sunshine guaranteed!

Where to go in Chile:

Undoubtedly one of the most fascinating and enticing islands in the world, Easter Island is often high on any traveler’s list of places to see in a lifetime. With its mix of mystical culture, remarkable history and remote location, there is a whole raft of things to do and see while here. You can...

With over a third of Chile's 16 million inhabitants, Santiago is, both metaphorically and geographically, at the heart of Chile. For most it is the starting or ending point for a trip out to see some of Chile's stunning natural beauty, but, as a burgeoning city Santiago has plenty to offer those...

At around a 2 hour drive from Santiago, Valparaiso is a quirky and chaotic port that has come to be one of the real highlights for any visit to Chile. The main reason that most head here is for the colourful hills ("Cerros") that overlook the port and, with Valparaiso's nomadic and ever changing...