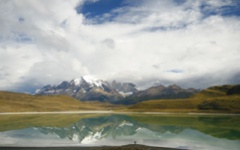 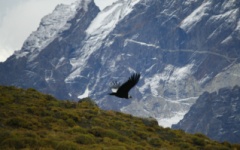 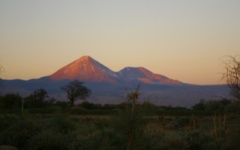 Without a doubt Chile has some of the best walking available in South America, mainly due to the fact that the Andes mountain range runs right along its eastern border. From the very South to the very North of the country, there is walking to satisfy all levels and abilities.

Probably the most famous area for walking is Patagonia and the Torres del Paine National Park. With a number of routes within the National Park itself, which can be walked either in sections or in their entirety, this area is a favourite for walking groups and individuals. High mountains, majestic glaciers, turquoise lakes and native forests make for spectacular and varied walking territory. Ranging from easy strolls, to strenuous climbs, there are trails to suit all levels and abilities.

In addition to this, for adventurous walkers, looking to explore the less trodden path, then the numerous national parks of The Lake District and Chiloé will satisfy even the most intrepid of walkers. It’s possible to climb to the craters of volcanoes such as Villarrica and Osorno, for example, and with plenty to explore along the coast and towards the Andes, the sheer scale and tranquillity of this area makes it one of the best areas for walking.

As most heading to Chile for a walking holiday will want to head South, it’s important to consider the best times of year to do this. The weather is warmer and there is less chance of rain in Chile’s summer months of November through to the end of February. However, in our experience, these are also the busiest times to visit so the months at either end, such as September, October, March and April can be great times to go walking as there are fewer people and the strong Patagonian winds will have died down. Take a look at our When to go section for more information.

When to go Walking in Chile:

The best regions for Walking:

Undoubtedly one of the most fascinating and enticing islands in the world, Easter Island is often high on any traveler’s list of places to see in a lifetime. With its mix of mystical culture, remarkable history and remote location, there is a whole raft of things to do and see while here. You can...